Home » Sexuality » How to Become a Sex God

How to Become a Sex God5 min read

In 2013, I started the Sex God Project as a personal blog documenting my journey to battle porn-induced sexual dysfunction and becoming a Sex God. In my TEDx Talk, I spoke about why I didn’t succeed at first and how redefining what a Sex God is sent me on a decade long journey of psychosexual healing.

Imagine being a mid-20s guy suffering from erectile dysfunction and inhibited orgasm. Sounds like a nightmare, right? Well, that was a reality for me. I always thought that’s something only older men have to deal with. To figure out what was going on, I saw an urologist. Unfortunately, he couldn’t identify a physical cause. So, he diagnosed me with performance anxiety and prescribed me a pack of the erection-enhancing pill Cialis. The drugs resulted in a reliable and strong erection, but I still couldn’t orgasm with a real-life partner. What’s more, I experienced some uncomfortable side effects, mainly headaches. This was definitely not a permanent solution to my problem.

“A 15-year-old today can have more virtual sex partners in one sitting than one of his ancestors in a lifetime. “

Growing up as a gay boy in a small catholic village in Austria limited my possibilities of exploring my sexuality. When I hit puberty, the internet became mainstream, and I found a way to safely and abundantly explore my sexuality. Ten years later, I have fed my brain with thousands of hours of hardcore porn, not only shaping my expectation of sex and thus setting me up to be disappointed time after time but also desensitizing my brain in the process. Here I was in my mid-20s, not being able to have an intimate and satisfying sexual experience with a real-life partner.

A New Vision of Sex

Once I understood what was going on, I changed my performance-oriented approach and focused on psychosexual healing instead. Along with it, I changed my vision of what a Sex God is. Instead of an eternally erect Greek statue that can go for hours, I define a Sex God as someone who intentionally, mindfully, and responsibly creates a multisensory and meaningful sexual experience.

A new vision of sexuality emerged that is more than just a way to scratch a biological itch, a quick fix to feel better, or a sleep aid. I began to see sex as an art form that allows me to express my most authentic self. An approach to vulnerability enabling me to truly connect with another human being. A goal-free and playful way to communicate on a nonverbal level. Maybe even a gateway to transpersonal experiences.

After years of trial and error, I have progressed far enough in my psychosexual healing that I feel confident to share my knowledge and experiences with you. This is why I have rebooted the Sex God Project as a psychosexual health resource for men focusing on sexual and emotional healing and growth.

Evolutionary speaking, we are hypersexual apes. Sexuality and sexual expression is a vital aspect of physical and emotional health and at the core of what it means to be human. I believe that sex is not something you just either know how to do or not. I am convinced that it’s a skill that needs to be nurtured and developed just like any other skill to create a rich and meaningful (sex) life for yourself.

Any of this sound familiar? Let me know your thoughts in the comment section below. 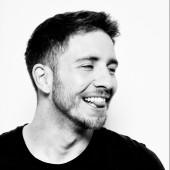